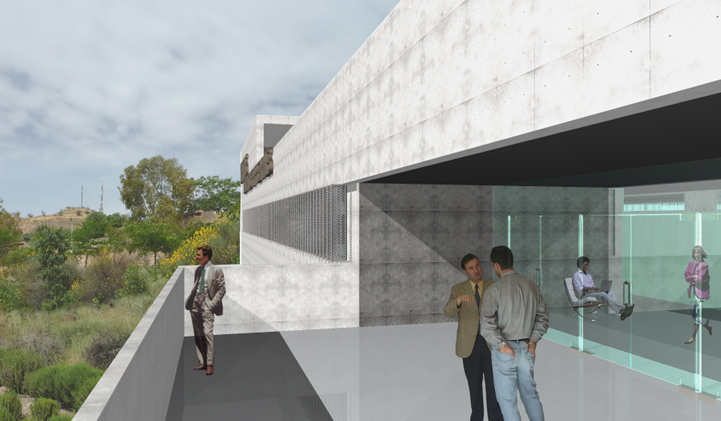 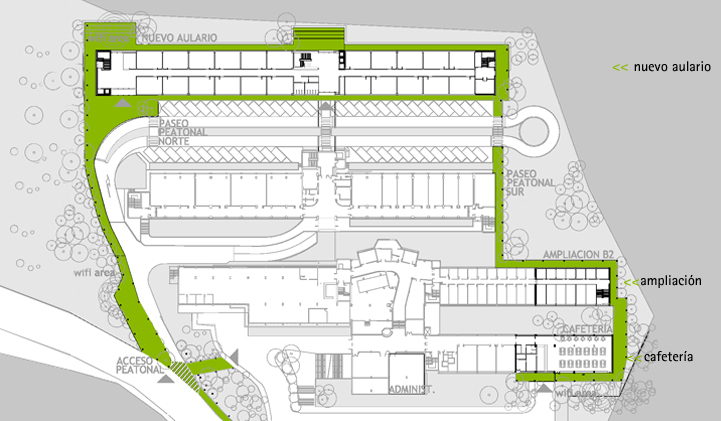 The fragmented nature of the project forced us to search for solutions that unified the whole. In other words, an architectural solution capable of resolving each of the particular assignments in relation to the existing constructions without losing sight of the unitary nature of the building as it was originally conceived.

Lecture room building
The new building was inspired by the existing teaching block, materials and modulation. The proposed project optimised the fill-void ratio of the facades and controlled sun exposure with standard systems. While in the existing buildings the cantilever/overhanging elements were used as secondary areas located next to the offices (such as corridors and bathrooms) we proposed those areas as covered terraces for relaxation to break up the structure of corridors and classrooms.

Extension of existing teaching block
At MEDIOMUNDO arquitectos we conceived the intervention as the culmination of the existing structure. In our project we maintained the general character in order to allow continuity throughout all areas. We opened up several spaces to create covered terraces in order to break up the structure of corridors and classrooms in a similar way as we proposed for the new teaching block.