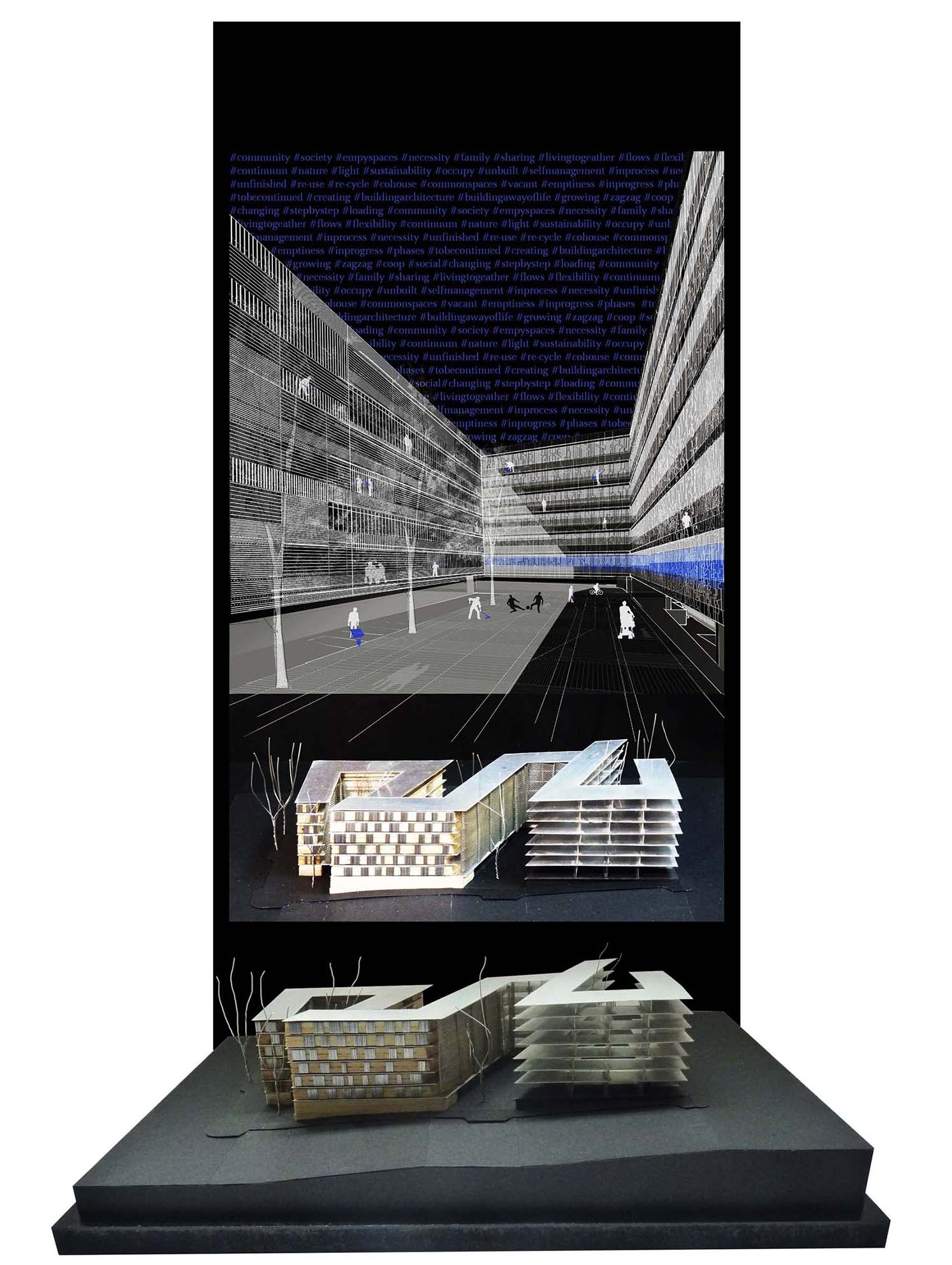 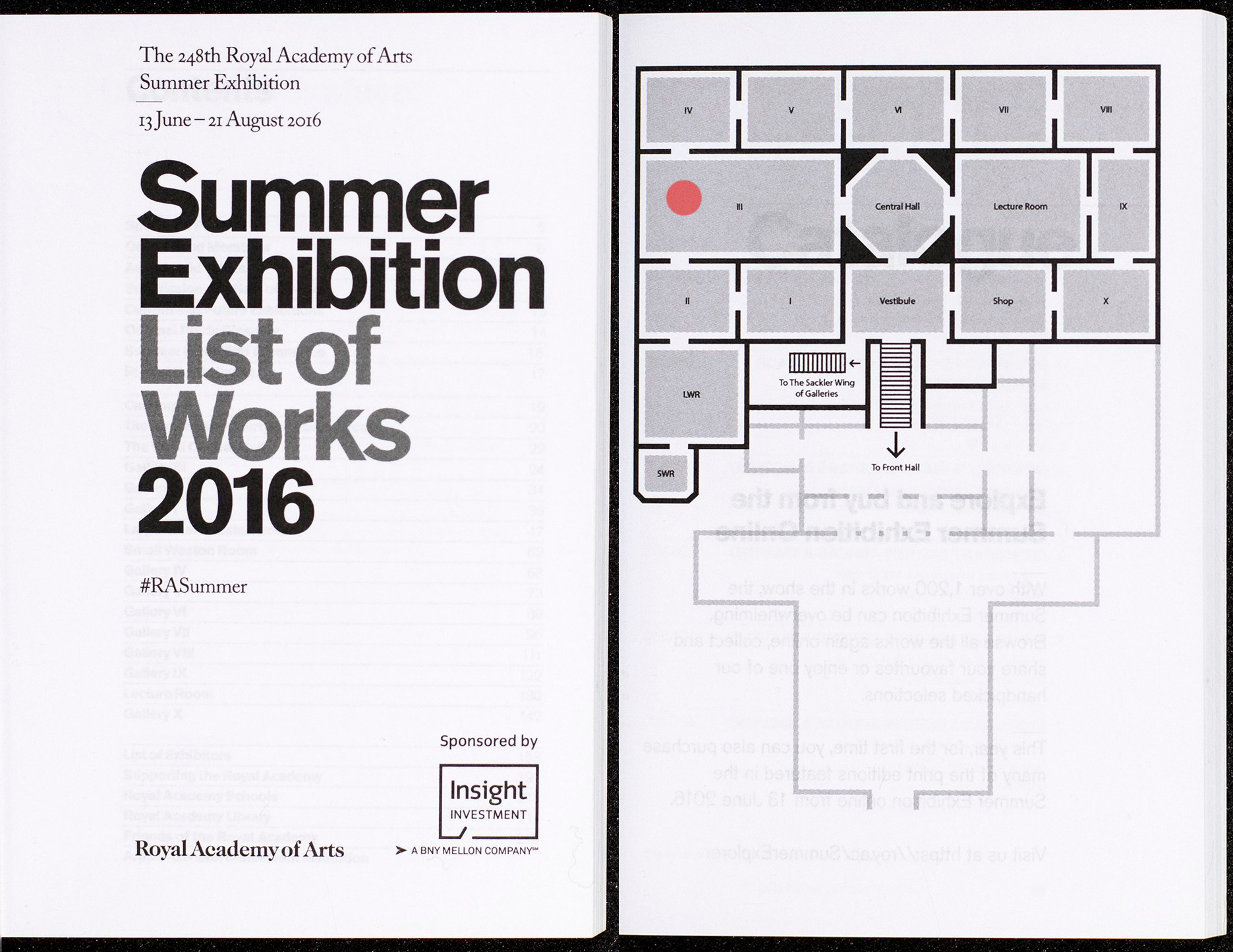 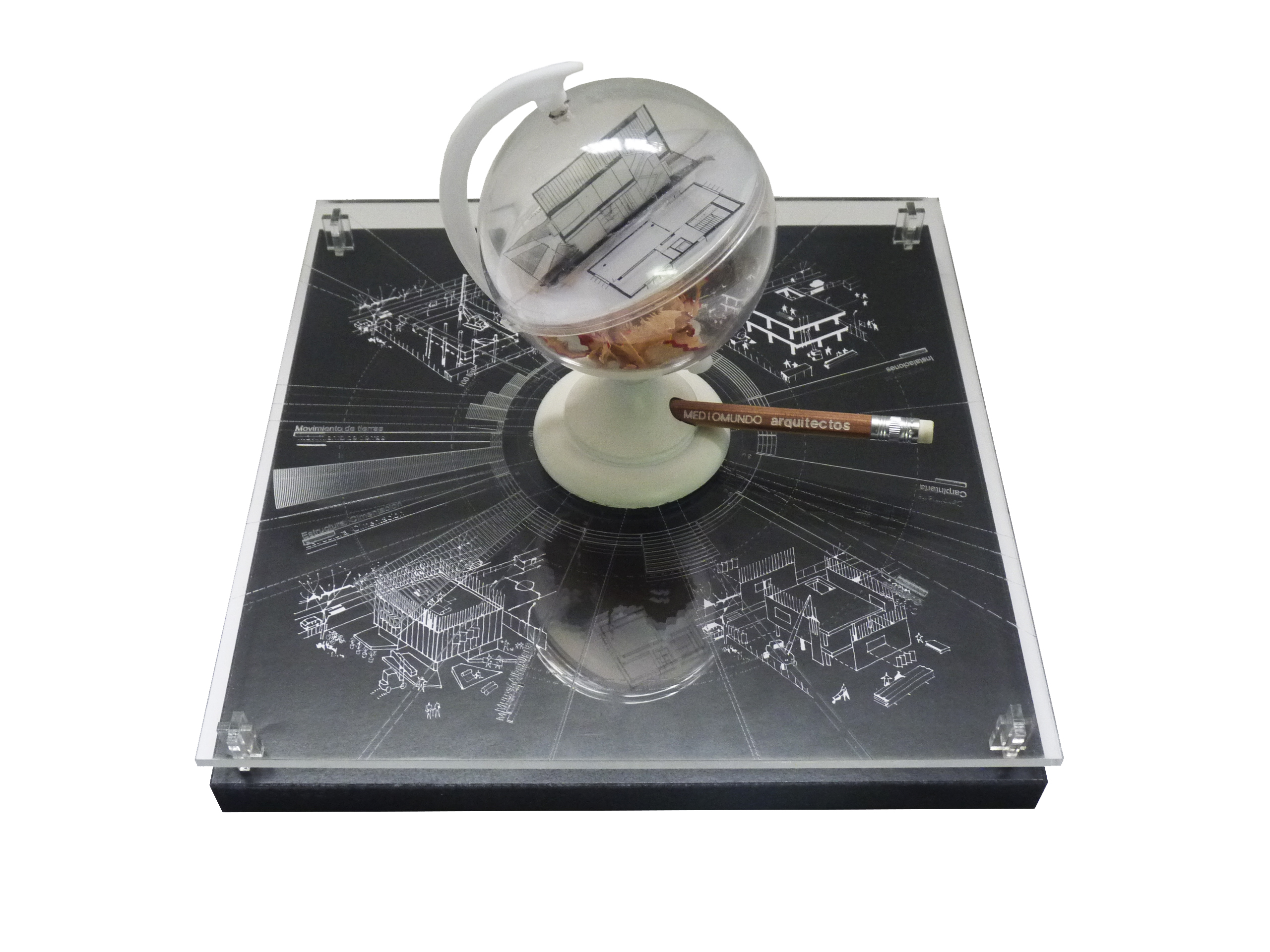 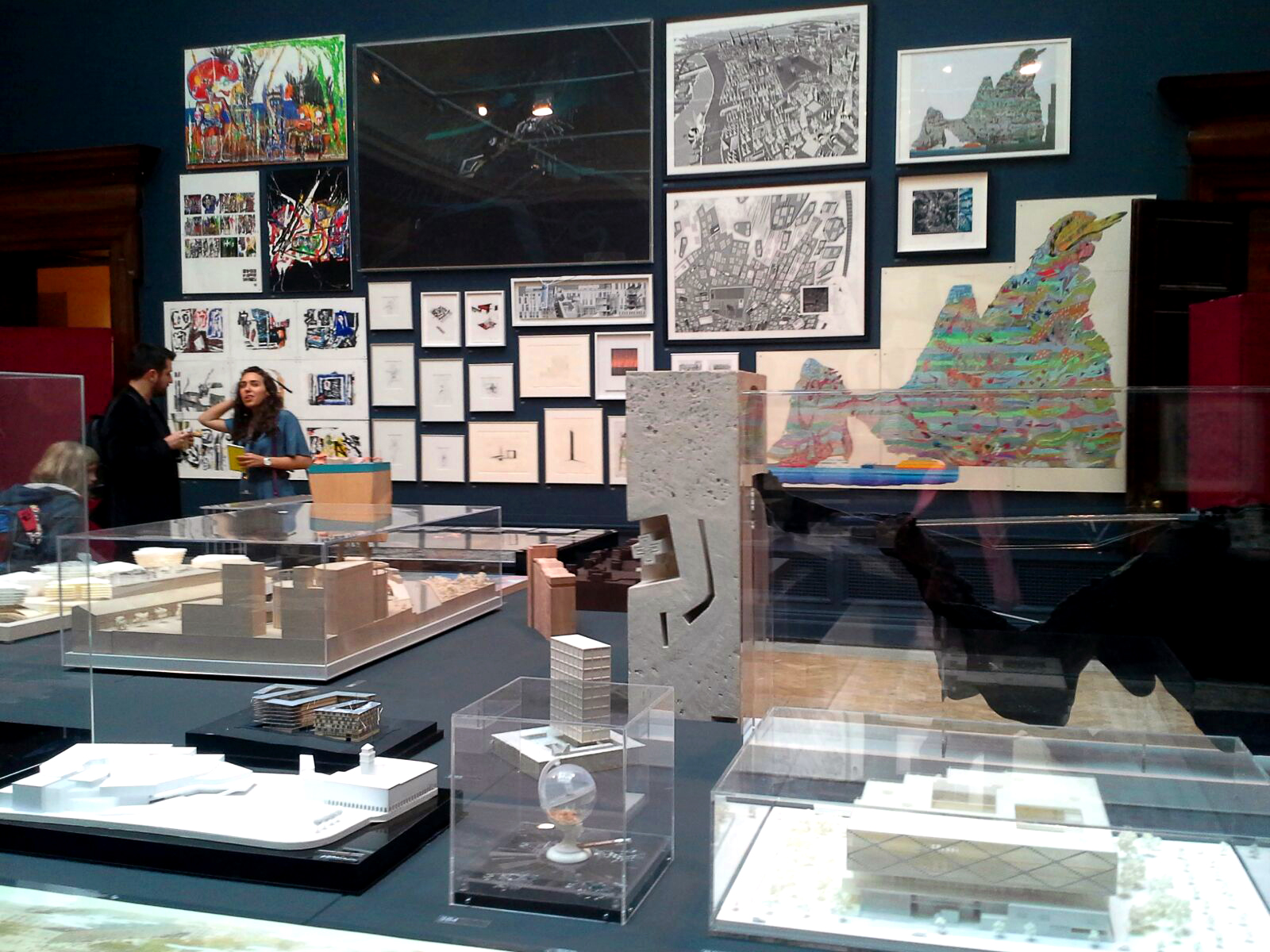 View a digitised version of this exhibition catalogue here: https://www.royalacademy.org.uk/art-artists/exhibition-catalogue/ra-sec-vol248-2016

ARCHITECTURE SET: EVERYDAYLIFE PREPOSITIONS is an exhibition, workshop and lecture program aiming to show the processes with which a selection of contemporary architectural practices are involved in. This program gathers together architecture proposals and works that display pragmatic and experimental approaches and which condense and manifest an intense relationship with the urban, social, political and productive environment in which they materialize.

As result of a professional attitude based on the importance given to processes, the attention payed to material expression, and the consideration of producing agents, builders and people involved, the displayed works show spatial and material proposals whose processes and techniques mediate between the Zeitgeist (in German, the spirit of an era) and Erfindergeist (in German, their ingenuity).

These Architectural practices, with their various precedents and different context, are involved in the construction of urban spaces, productive spaces and dwellings; that is, our everyday habitat.
So that, this program sets out in order to show, discuss and develop the links between architectural practice and the social and cultural context in which it is produced.

With previous editions in Seville (2014) Evora (2015) and Madrid (2016), the traveling exhibition ‘Arquitectura Dispuesta / Preposiciones Cotidianas – Architecture Set / Everyday Prepositions´ (AD/PC) arrives to Shanghai with a focus on the ideas of continuity, renovation, and ultimately, with an expanding notion of heritage.

Currently the production of heritage has become an encompassing purpose. And for architecture, it no longer refers to how buildings relate to the past, but to how they interact with their context in order to assemble the future. Apparently, and in light of recent massive urban destruction for the sake of modernization, the idea of bringing this topic as a thread for an exhibition in Shanghai would seem almost cynical. But right on the contrary, calling attention towards it has become a motivator for current development. Our heritage is no longer inherited, but produced. It is not found, but unveiled.

There is a powerful reason for this apparent haphazard bridge that AD/PC establishes between the South of Europe and East Asia: Basically, how the attention towards the idea of different, or alternative, paths of development, has risen in two very different circumstances. In the case of Southern Europe, the brutal cancellation of any expectative of growth has produced an intense debate about what is architecture among those who practice it in very different fields. At the same time, the emergence of a critical, pragmatic approach to the production of architecture in Eastern Asia has deeply questioned the absence of constraints in the relationship between development and the environment. Therefore, two deeply committed stances have the opportunity to sit down, meet, gather, and speak.

According to contemporary means of defining, what is heritage?, different conceptual frameworks emerge. The most ancient ones would refer to the idea of connection with the past. History would thus be the measure against which to evaluate the contribution of architecture to the definition of culture. Most recent, people-centered approaches would insist in the importance of experience, which besides phenomenology would ultimately render as valuable any kind of appealing architecture no matter whatsoever purposes their producers would expect to achieve.

The proposal of AD/S would remain in an intermediate stage, establishing a series of values -architectural and urban; historic; cultural; social and economic- which would generate pairs of related concepts ultimately linked by everyday prepositions. These pairs of concepts would be at the forefront in the discussions of the workshop, which would be arranged in five different discussion tables. The pairs would be:

– Materiality and culture,
– Memory and imagination,
– Nature and technology,
– The public and the commons,
– Recycling and synergy.

Focusing on how does architecture and architects respond to the question of heritage, the different works displayed are grouped into three categories: New Life for Existing Buildings, New Buildings for New C ontexts; L arge Scale Heritage (Landscape, City and Territory). One synthesis of the previous editions of AD/PC, and the work of four editorial practices complete the exhibition

However, there are multiple additional ways to visit and explore the exhibition. Several itineraries are allowed; all of them with the same preference as the others. Through categories such as “what” (types, uses, activity) “how” (scale, technology, materiality) or ‘where’ (city, town, urban, rural), each of the visitors are able to design their own journey. As an open platform, we invite you to explore and propose further unexpected connections.