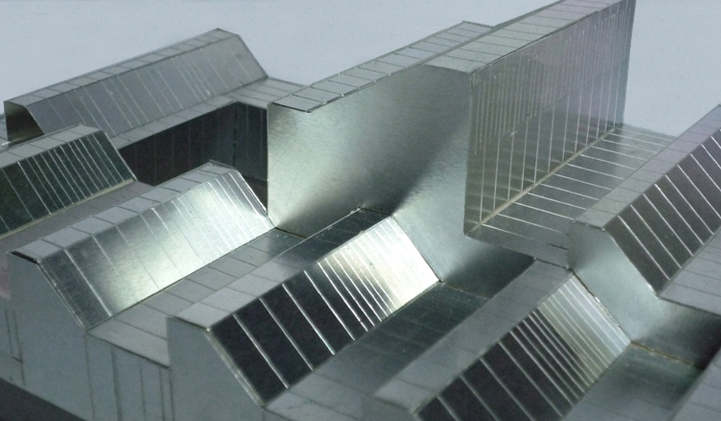 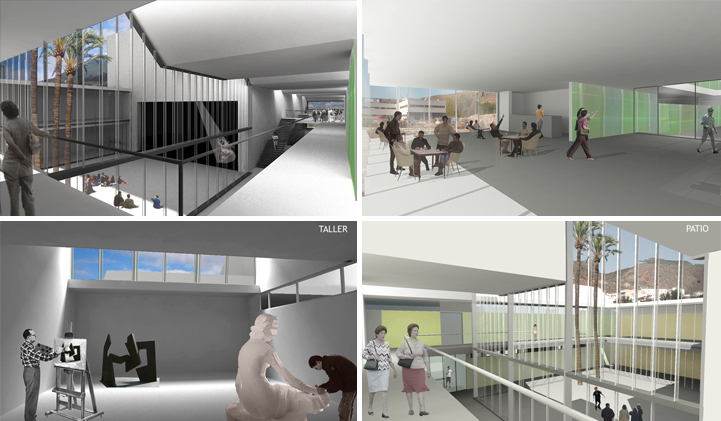 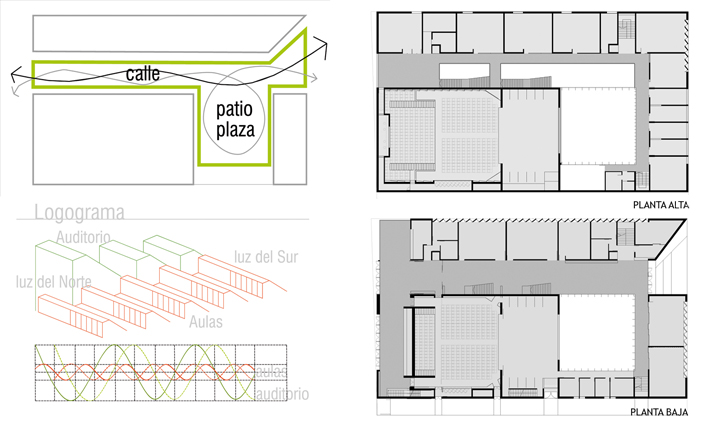 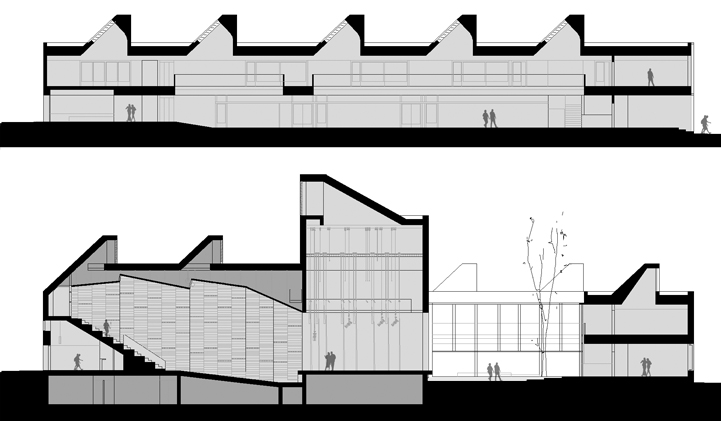 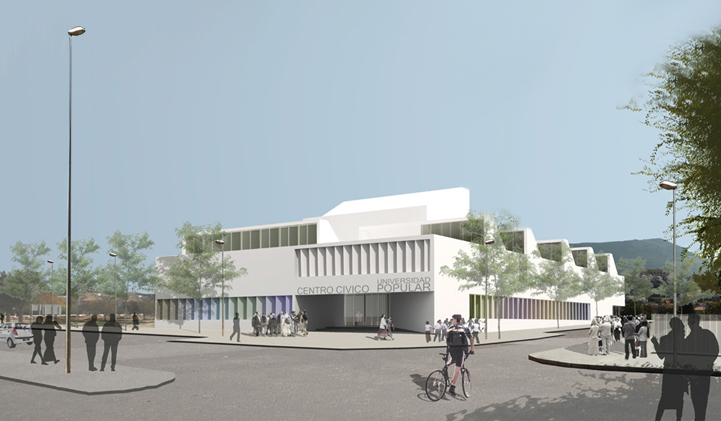 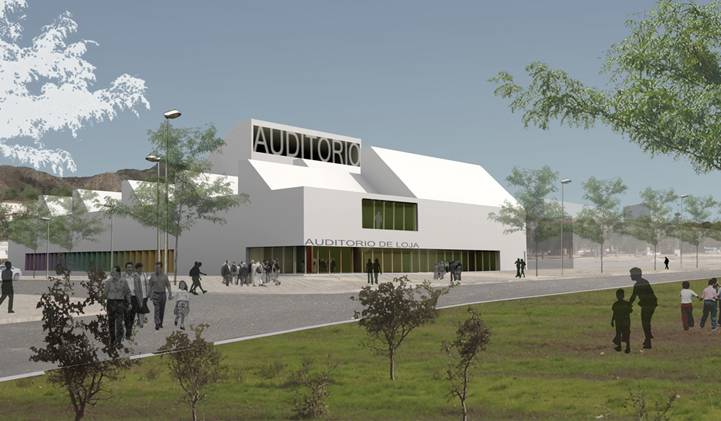 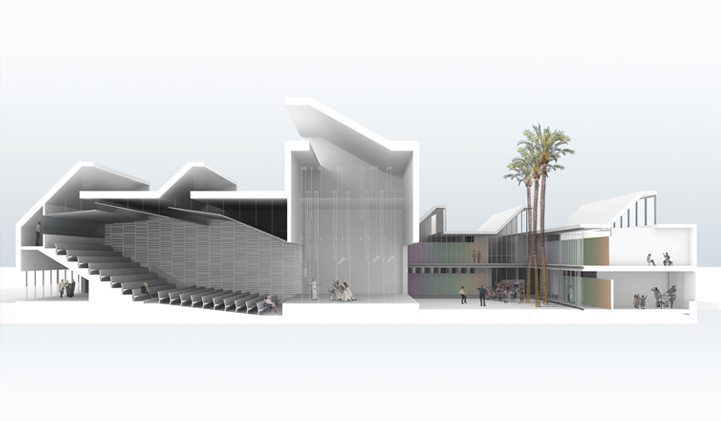 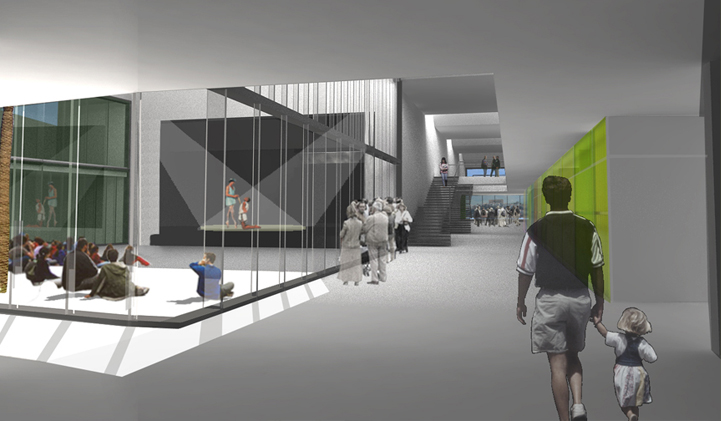 In 2008 Loja Town Council launched an architectural competition to design a community centre and community college for the town. The brief was to develop workshops and classrooms for the community college and an auditorium for theatre performances.

Both the streets and the plazas enable citizenship in Loja. This was the premise on which we based our entry at MEDIOMUNDO arquitectos. In our proposal the new community centre, auditorium and community college in Loja are conceived of as a space for coming together. The project highlights the importance of spaces for gathering people together and hosting events inspired by the street and the plaza.

Within our proposal, a large courtyard act as the plaza, a place where participating citizens can come together and mingle. Rehearsal rooms and music rooms open up onto the courtyard, as does a stage, making possible to host open-air performances and cinema screenings.

The roof undulates. The higher concentration of users at the community centre is represented by a greater number of small skylights while the roof has been designed waves of shorter wavelength. Meanwhile the less frequented space occupied by the auditorium is represented by a roof with undulations of higher wavelength that incorporate the air-conditioning in addition to the theatre installations.

The new community centre, auditorium and community college will be made up of a sequence of several areas or stages: the courtyard (plaza), lobby (street), cafeterias, galleries and classrooms with skylights letting in natural light.