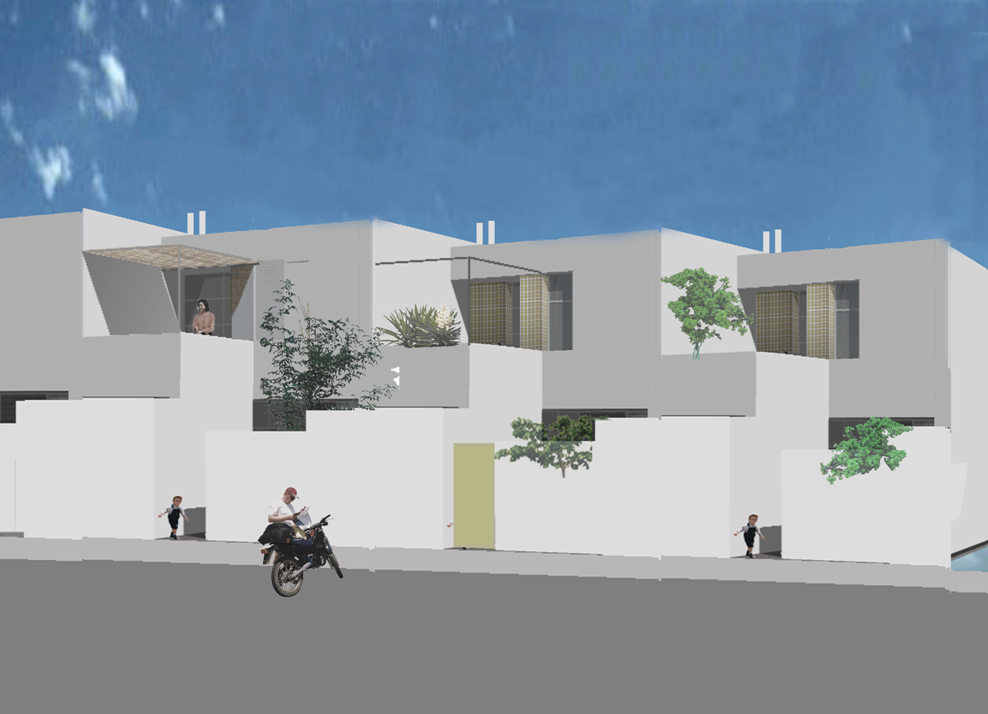 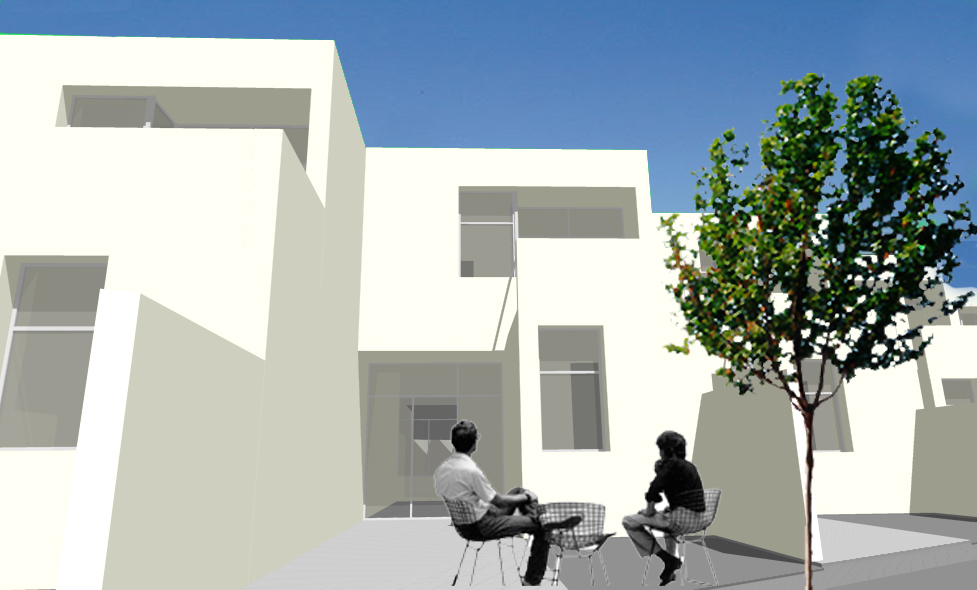 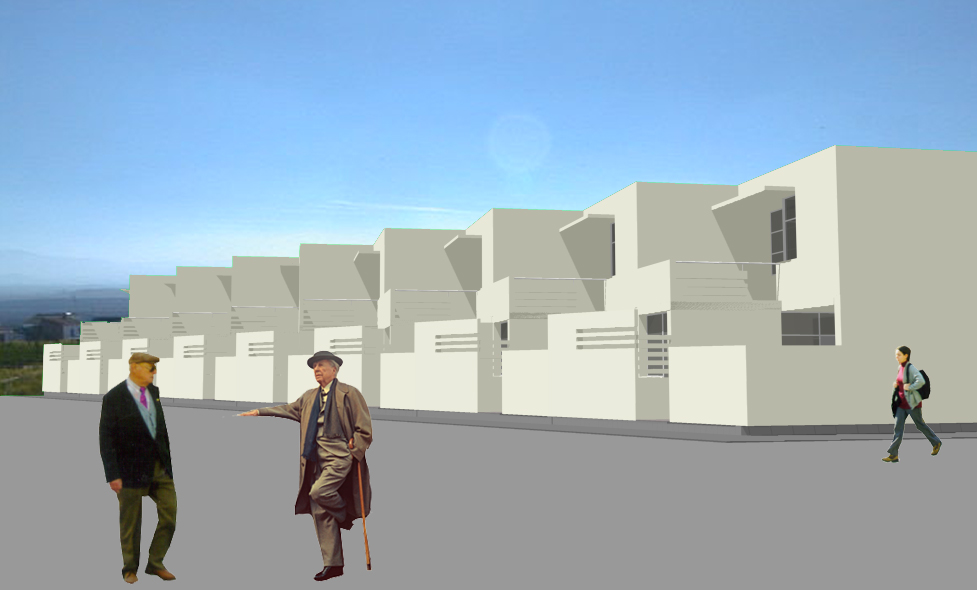 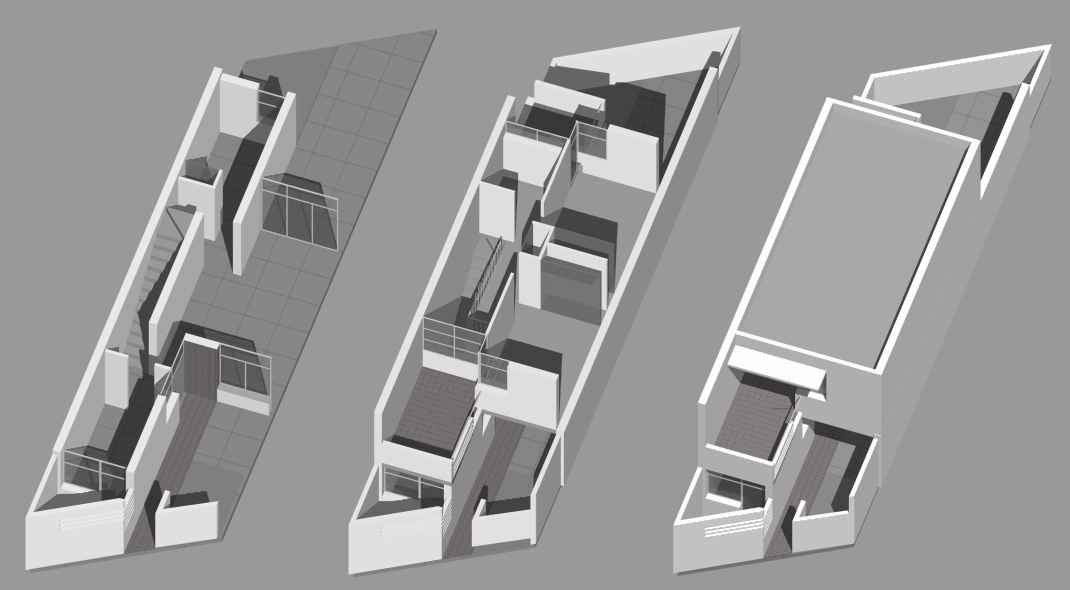 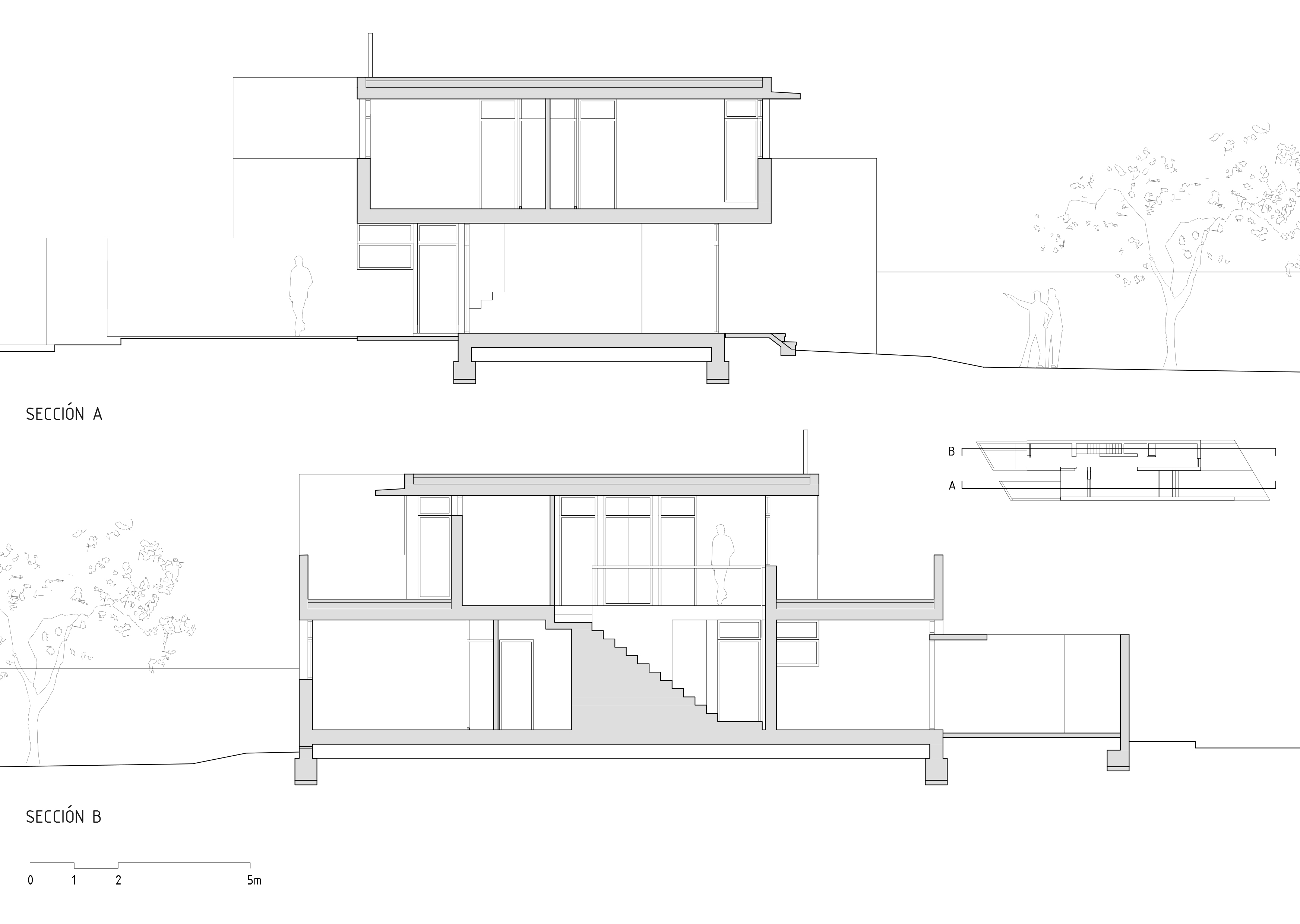 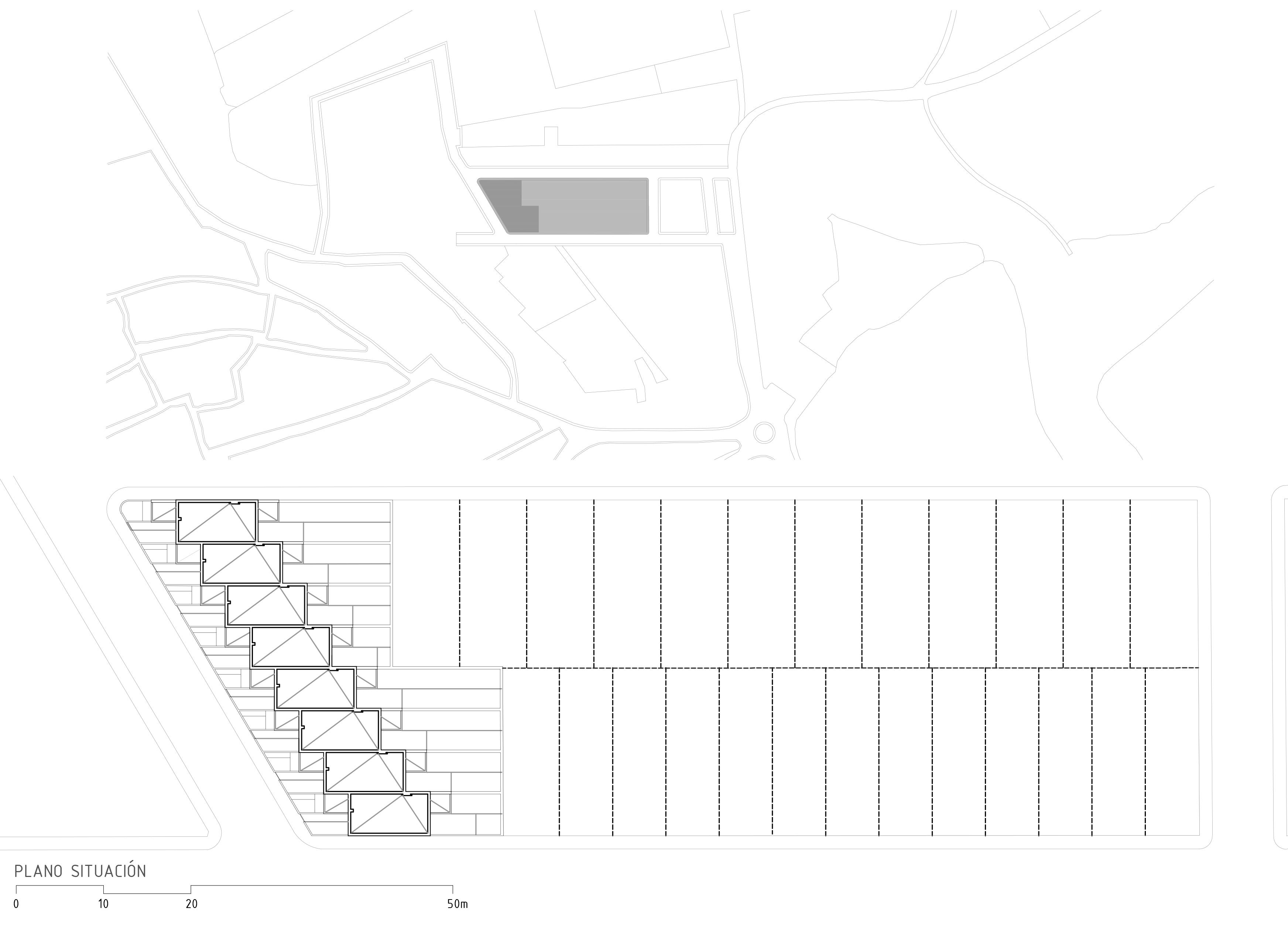 At MEDIOMUNDO arquitectos we are interested in exploring the relationship between the interior and exterior of housing as a system of spaces of transition and a filter of intimacy. We tend to avoid simple openings in the facade and in this project proposed an intermediate space for exchange.

The weather conditions in Conil de la Frontera with strong winds and intense sunlight were decisive in our decision to incorporate a self-protective system of openings and the location of more vulnerable areas in protected parts of the houses without having to use external accessories such as latticework, eaves or parasols. In this way our project proposed passive sustainable systems according to traditional construction methods.

The brief was to build thirty-two two-storey terraced houses on a plot with an irregular geometry and topography. We proposed a vibrant, modulated and irregular sequence of volumes that create areas of light and shade and adapt to the natural slope of the plot.

The more public spaces of the houses are located on the ground floor whose entrance is set back from the street with a partially covered area. Next to the entrance there are toilets and a versatile multipurpose area. The brief required this to be a bedroom but we preferred to design an versatile space, thus allowing it to be used as an independent studio, office or playroom.

The other communal areas within each of the houses are well connected via qualified corridors. The ample staircase is incorporated into both the kitchen and living room and the covered balcony on the first floor connects the bedrooms with outside world.