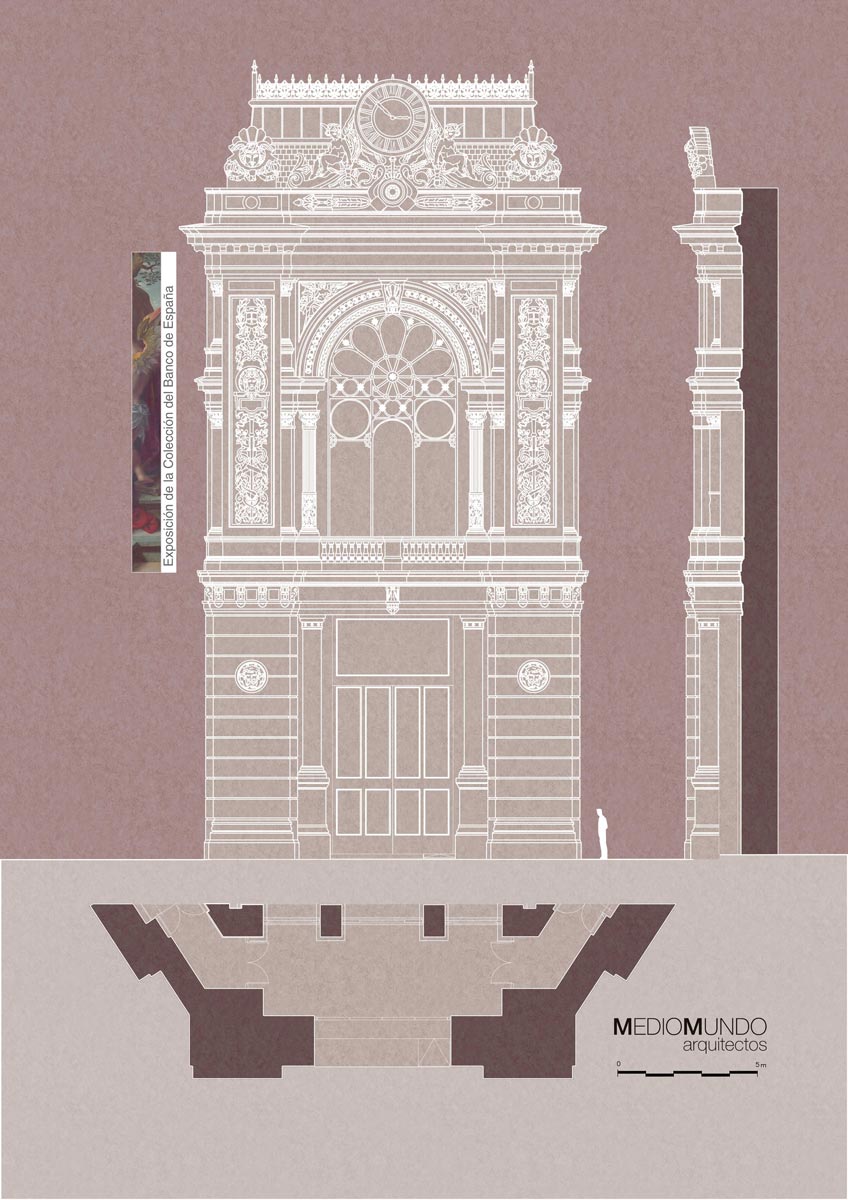 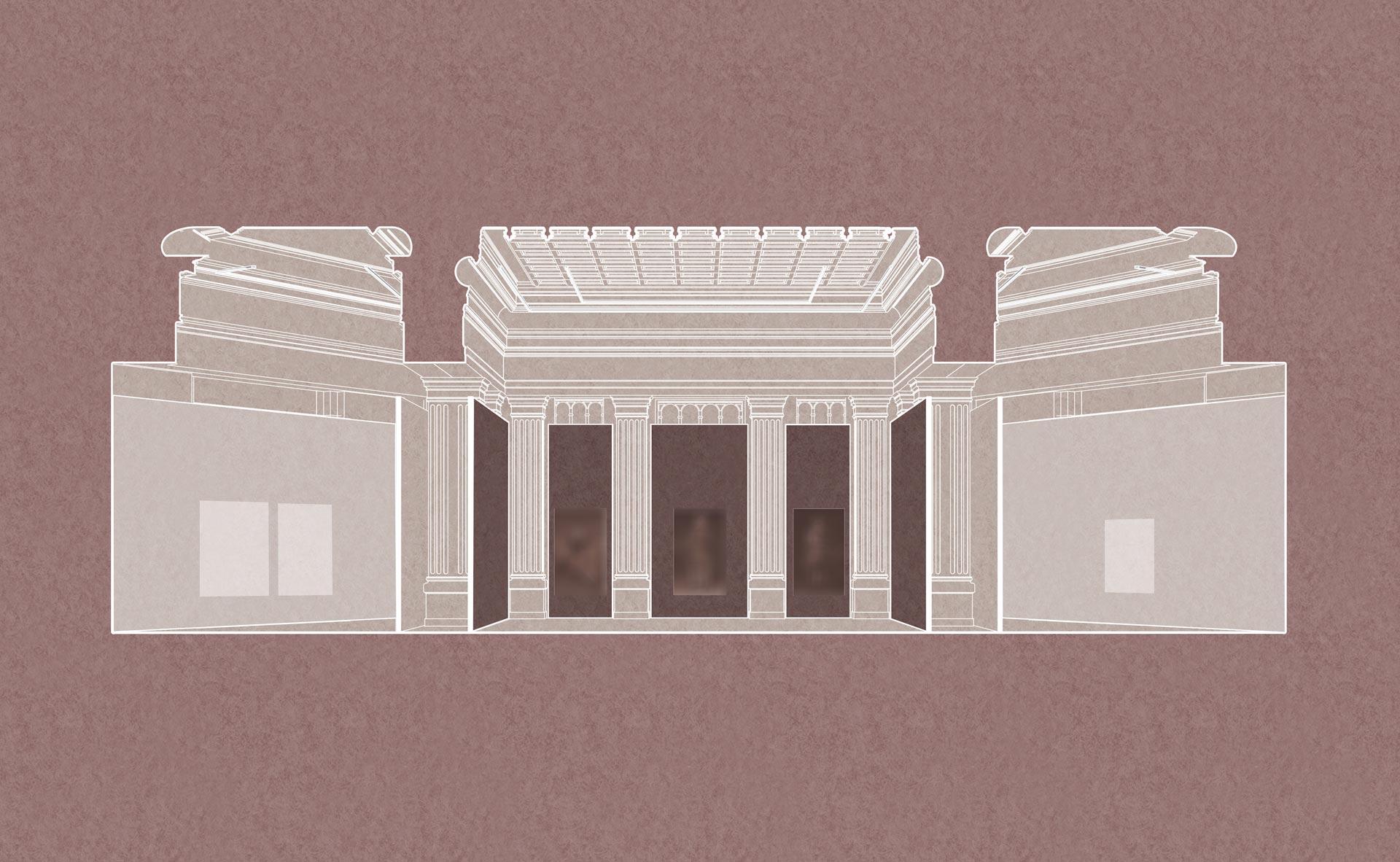 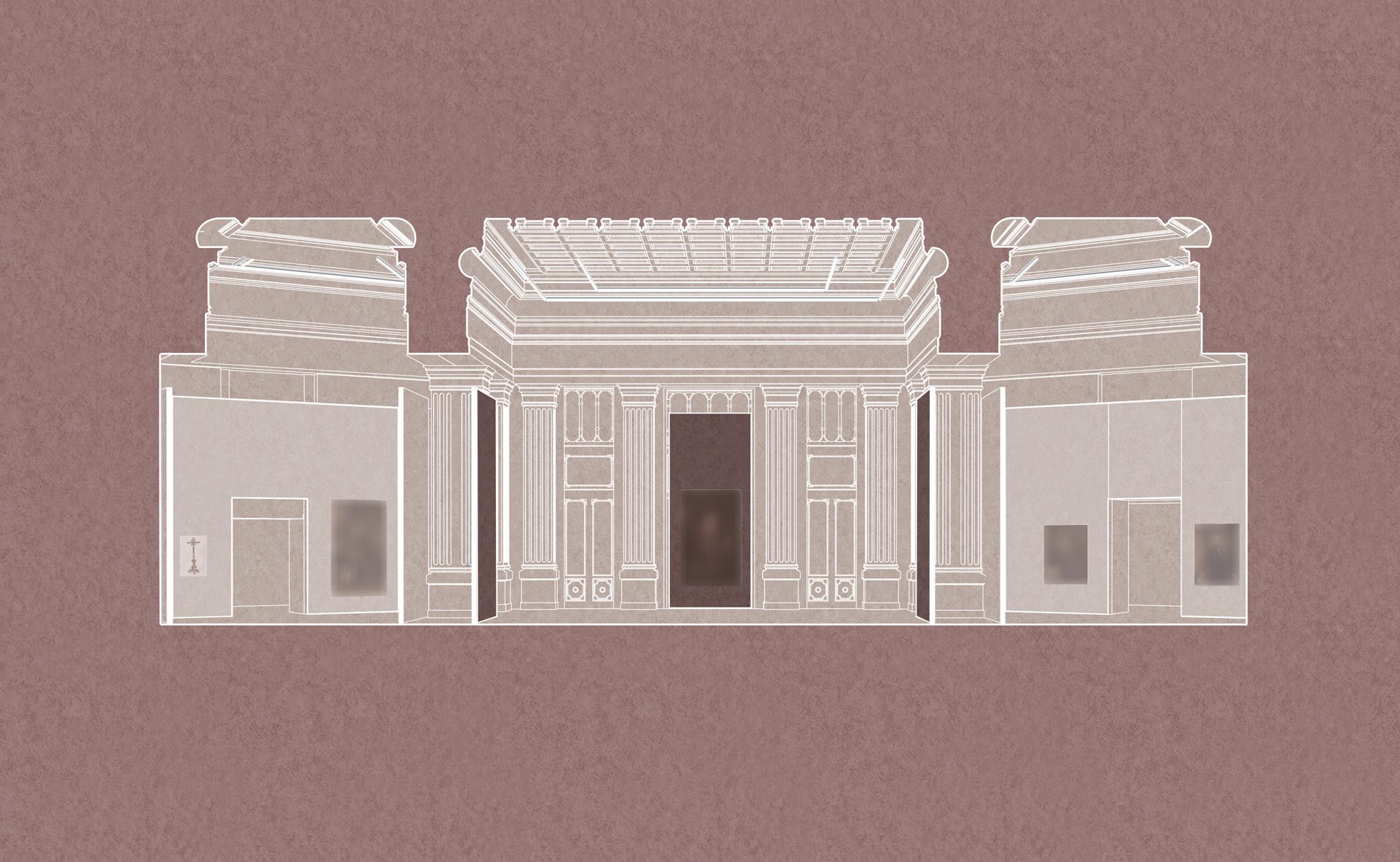 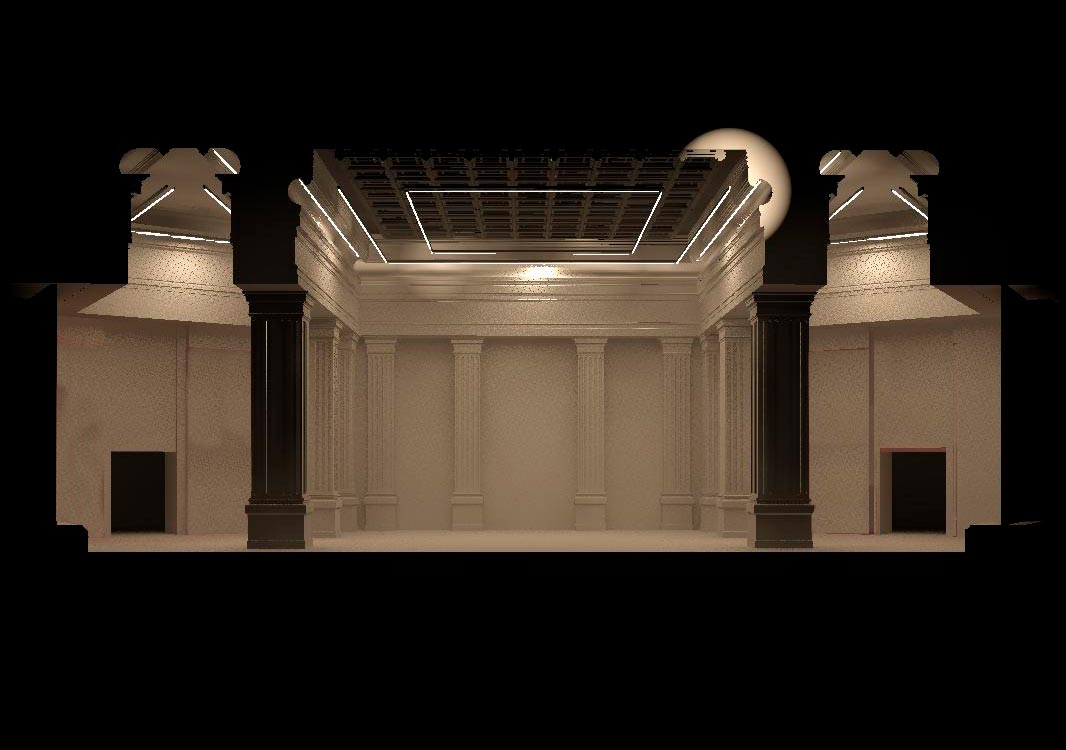 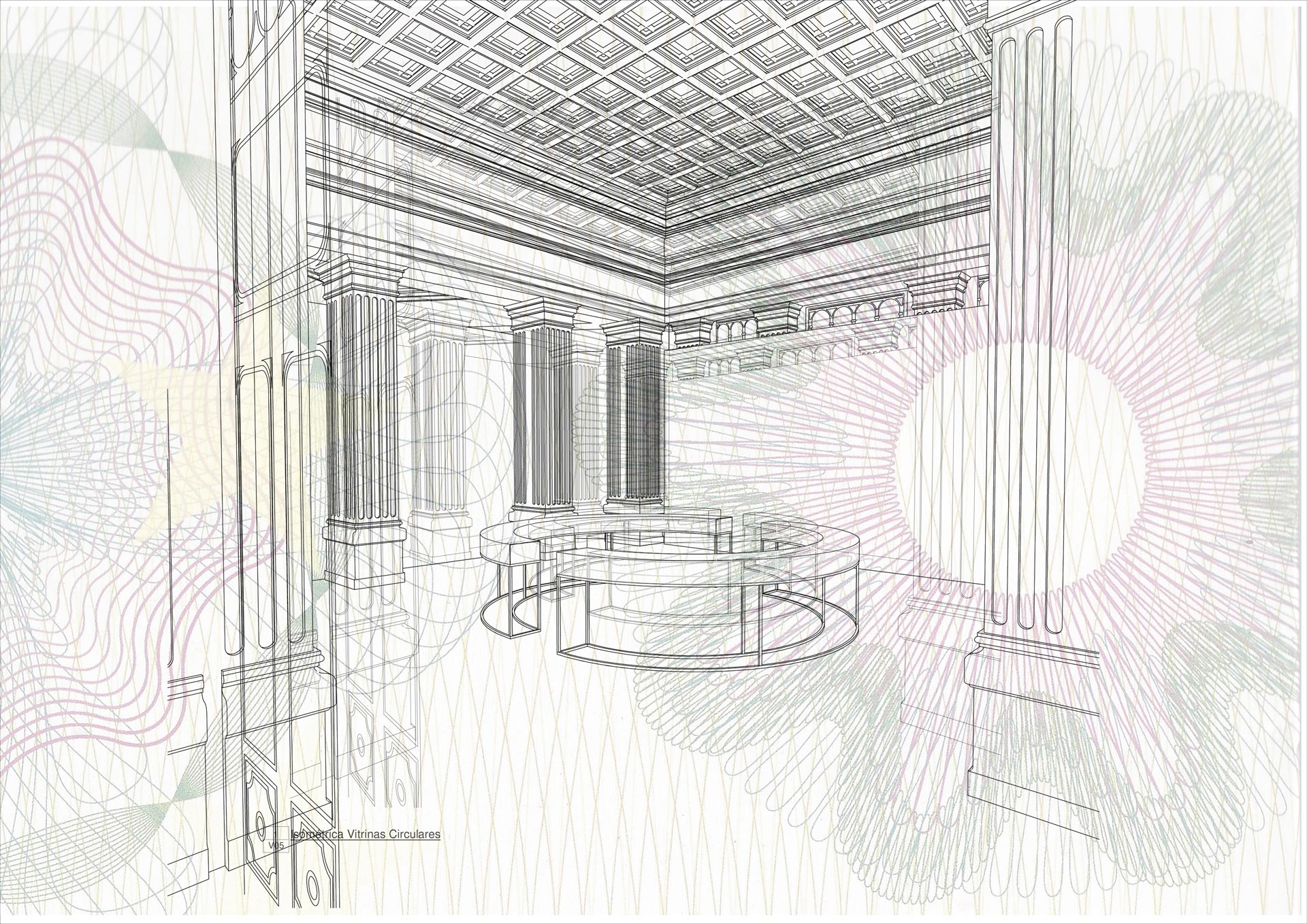 Bank of Spain Madrid was first build according the design of architects Sainz de la Lastra and Eduardo de Adaro, commissioned after studying the buildings of other European banks. 1883 the Final project was approved. The first stone was laid on July 4, 1884, and the monumental building was inaugurated in 1891.

The Cibeles Room has a great importance from the origin of the building, usual access at the point of confluence of Calle Alcalá and Pº del Prado, until the beginning of the nineties. Access through chamfer smelting gate is made by two exclusives that open on the sides of the atrium and connect with the side adjoining rooms, since access from the street is not direct to the room, but forms a lobby.

The main area is a high-rise room in which the columns stand out, which is flanked symmetrically by two adjoining rooms that also give Alcalá and Pº del Prado respectively, which expand the space of the central hall to be communicated through broad steps.

The Chamber was renovated in 1992, with the project written by Angela Garcia de Paredes and Ignacio Pedrosa.

In 2018 Bank of Spain commissioned Marta Pelegrin and MEDIOMUNDO arquitectos to lead the Final Design and Building Permits Technical Design for the rehabilitation and retrofitting of Sala Cibeles, C / Alcalá, 48. Paseo del Prado. Madrid. It consist in the Technical development Fit-out works & Shop drawings management, for the retrofitting of the Sala Cibeles to hold the Bank of Spain Art Collection, the premier exhibition “Goya and the Origin of the Bank of Spain Collection” , and to fit it for all possible future exhibitions. This project proposes to recover and optimize the operation of the facilities of lighting, security, detection, signalling, alarm and fire extinguishing elements and existing air conditioning.